IFWG is very pleased to announce Louis K Lowy‘s upcoming novel, The Second Life of Eddie Coyne. “Louis is a prolific, skilled and talented writer,” said Gerry Huntman, Managing Director of IFWG, “and this is his fourth novel with our publishing house. He is also a versatile writer, covering two sub-genres of Science Fiction (Die Laughing and To Dream), a wonderful uplifting literary piece (Pedal), and now an insightful, dark contemporary/urban fantasy.”

Eddie Coyne loves playing the horses. Loves it so much it’s ruining his relationship with his wife and six-year-old son. In a last ditch effort to prove he’s not a loser in their eyes, Eddie places a seemingly impossible bet on a long shot and hits pay dirt.

But before he can cash in and make amends with his family, he’s thrown down an escalator and left for dead by a greedy hoodlum looking to cash in on Eddie’s winnings. Dying, Eddie wakes up in the presence of the Jesses, a monolithic group of six whose job it is to decide who enters heaven and who enters hell. The Jesses tell Eddie he’s stuck in the middle—not good enough for heaven, not bad enough for hell. They entice him to go in on one final bet to break the dead heat.

If he triumphs, they stamp his ticket to paradise. If he loses, he spends eternity in the netherworld. The bet? Eddie must prevent someone chosen by the Jesses from taking their own life. Thinking it will be a piece of cake, Eddie agrees. He quickly learns the Jesses are more cunning than he’d imagined. 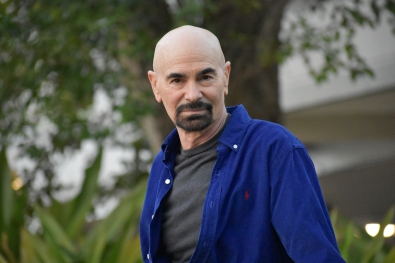 The Second Life of Eddie Coyne will first be published in paperback and ebook format forms in North America in May 27. Stay tuned for details.