With more than 30 years experience as a scriptwriter and producer, Biola has written more than 200 stories for both radio and television, as well as poetry anthologies, an adventure novel, Blood Contract, a contemporary African fantasy novel series Numen Yeye (Numen Yeye and Rose of Numen), and an e-chapbook collection of haunting short stories, Sunset Tales.

She is an alumnus of the Dramatic Arts department Obafemi Awolowo University Ile-Ife, Nigeria.

A professionally trained newscaster, she went independent over twenty years ago. She got involved in intervention drama to help change attitudes towards behavioral change and so created a series for the United Nations Population Fund (UNFPA) on teenage reproductive health, “I NEED TO KNOW”. It was so successful that the Canadian International Development Agency (CIDA) became involved and had it adapted into radio, in two of the major Nigerian languages. It was shown on national, state and private television and radio in the country as well as on satellite television.

Biola has always been interested in bringing social issues to public attention using drama and fiction, including writing for USAID on maternal health, Democracy and Governance, Women’s issues, and HIV/AIDS.

She was given a distinguished alumni award from the Dramatic Arts Department of her alma mater O.A.U Ife, in recognition of her contributions to the growth of the legacy of Dramatic Art. 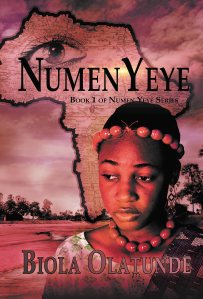