Biola is celebrating her birthday in the first week of October, and has stated that she has much to be thankful for over the past year. She has asked us to discount her two titles with us (Blood Contract and Numen Yeye) for a week (closing approximately 7 October 2014).

The print version of the two books can be bought, massively discounted, through our site’s store. Click on a cover to access the respective store item.

If you want the ebooks, CLICK HERE to access our ebook store, or visit all good online ebook stores. Some of these stores might not have updated the price yet – so please visit them regularly.

One more thing – Biola has stated that she will contribute a portion of her royalties to two charities dear to her heart.

IFWG Publishing is excited to announce the signing up of The Gate at Lake Drive, by Shaun Meeks. “This is a very important acquisition for IFWG Publishing, as we have been looking for a quality horror novel for some time, and this signing represents our first,” stated Gerry Huntman, Managing Director of IFWG Publishing.

This title will be released in 2015. Stay tuned for more information in coming months. 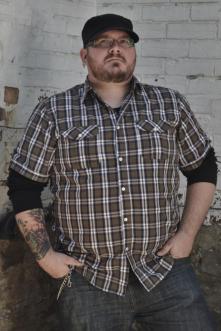 Shaun Meeks lives in Toronto, Ontario with his partner, Mina LaFleur, where they own and operate their own corset company, L’Atelier de LaFleur.

Shaun is a member of the HWA and has published more than 50 short stories. His most recent work has appeared in Midian Unmade: Tales of Clive Barker’s Nightbreed, Dark Moon Digest, Shrieks and Shivers from The Horror Zine, Zippered Flesh 2, Of Devils & Deviants and Fresh Fear. His short stories have been collected in At the Gates of Madness, Brother’s Ilk and Dark Reaches. His debut novel, Shutdown was released last year, as was his novelette Down on the Farm.

To find out more or to contact Shaun, visit www.shaunmeeks.com.

We are very pleased to announce the signing up of Psi Wars! Escape From The Psi Academy, by Vincent L. Scarsella. “This is an exciting middle grade novel for our US/International imprint – in many ways echoing Harry Potter in a science fiction/espionage setting,” stated Gerry Huntman, Managing Director of IFWG Publishing.

This title will be released in 2015. Stay tuned for more information in coming months. 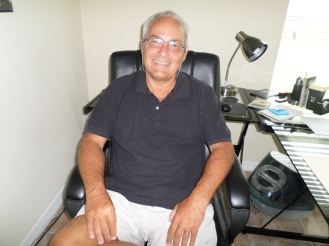 After retiring in 2010 after a long career with the State of New York up in the Buffalo area as a prosecutor, attorney disciplinary counsel, and tax attorney, Vince moved with his wife, Rosanne, to Davenport in central Florida, minutes from Disney World, where he now writes and teaches at a local college.

Vince’s short stories have appeared in print magazines such as The Leading Edge, Aethlon: The Journal of Sport Literature, and Fictitious Force, several speculative fiction anthologies, as well as many online zines.  His short story, ‘The Cards of Unknown Players’, was nominated for the Pushcart Prize.  Vince’s debut crime novel, The Anonymous Man, was published in May 2013, and a second crime novel, Lawyers Gone Bad, is due for release at the end of 2014. His complete publishing credits can be viewed at http://www.vincentscarsella.webs.com.

A Word From The Editor

Already you all will know we have published Star Quake 2 (and boy, what a cover it has), Against The Elements (UK version – again, a great cover), and David Sperry’s debut scifi adventure, The Pouakai (why not, another wonderful cover). We are very pleased with our new titles, and look forward to the remainder of the year.