A Word From The Editor

With a great number of back office tasks now completed, including sorting out our complex royalties regime, and migration to three critical new websites (ifwgpublishing, ifwgaustralia, and sqmag), we are now working hard on a number of projects in earnest. Sealskin Coast is literally a few days away from publishing, and Brumbies in the Outback (Book 4 of the Brumbies series), will follow very soon after. David Sperry’s The Pouakai is nearing proofreading stages, and Warren Goodwin’s Buxacan Spicerunner is in editing stage, and will be transferred to proofreading stage soon. Two children’s books, a fantasy and a science fiction. Not bad.

SQ Mag is worthy of mention as well. We (I am on the SQ Mag publishing team) just released issue 14: Australiana special edition, which is, in terms of solicited authors and just sheer production effort, the best issue yet. We are very proud of the management team, spearheaded by Sophie Yorkston, Editor-in-Chief. We encourage you to look at it at: SQ Mag.

A little glitch occurred on release, where one of the articles, covering speculative fiction in Australia (State of Play of Australian Speculative Fiction), had created a stir among some prominent people in the industry in Australia (and somewhat internationally). The article was published in two parts: Science Fiction and Fantasy (by Tehani Wessely), and Horror (by Geoff Brown). While the articles were never meant to be 100% comprehensive or a survey of all speculative fiction in a very active part of the world, the Horror article did inadvertently fail to mention Twelfth Planet Press, an award-winning and highly respected small publishing house. The publisher reacted swiftly (via Twitter, at first), and there was some heat generated in that space. SQ Mag correctly chose not to be involved in debate, but considered carefully what was going on. Due to the maturity of all players, the debate settled amicably, recognising that Twitter was a very poor platform to have sober discussion, and SQ Mag chose to add a preamble to make it clear what the purpose of the article was about, and Geoff Brown made a few changes to his article to add Twelfth Planet Press.

I mention this incident because part of the discussion included the accusation that Geoff Brown’s omission of Twelfth Planet Press was associated with treating female writers as invisible (as Twelfth Planet Press’ publisher is female, and they have a very high percentage of female authors). This concerned me, as publisher of SQ Mag, as I didn’t feel that we are sexist in any way, and I didn’t want that stigma to be unjustly associated with the zine – nor did we want Geoff Brown to be labelled that way either. We chose to right what was empirically wrong (adding Twelfth Planet Press to the article), and leave it at that, and I am glad to see that the discussion has, more or less, abated.

I do want to state for the record that I am proud that our zine has a positive, and appropriate, policy on receiving and accepting stories from any creed, sexual orientation, and gender. More importantly, we also make a conscious effort to encourage these diverse sources. Just to mention a few, we have published work from non-English speaking writers, non-straight writers, differing cultural and racial groups, and a growing number of female writers. On the matter of gender, our observation is that we get more submissions from male authors than female, and particularly in the science fiction and horror fields. Nevertheless, of those we do receive, many are of high quality. We (Sophie Yorkston and I), try hard to encourage female interest in our zine, although we believe the most effective way is to have interest grow by publishing female authors. To stimulate this approach, we published a special edition last year covering ‘Women in Speculative Fiction’, which was a great edition in itself (so much so, we now have annual special editions), and included some prominent female writers (notably, Cat Rambo, Cat Sparks, and Tonia Brown).

Just for some readers’ interest, here are some raw figures on published work in SQ Mag, up to Edition 14:

While we would have liked more stories authored by women, allowing for the number of submissions, we believe we are tracking well. We hope, with the special edition last year, and some fantastic stories authored by prominent female writers, such as Kaaron Warren and Cat Rambo, that we will see further growth of female participation.

Regarding the Horror article cited above, I believe that the single omission was the major issue, and that was fixed in less than two days following publication. Correlating any form of gender bias on the article with this omission is pure conjecture, and in my opinion, unfounded. This statement in no way relates to the broader discussion on bias, sexism and misogyny, which, in my opinion, is unfortunately alive and well in our industry.

And if all else fails, e-mail us at info@ifwgpublishing.com

The IFWGP Blog has moved

Author bios, guest blogs, IFWG news and more contained in a regularly updated blog where readers can comment on our changes and thoughts and even add some of their own.

Visit our site at http://www.sqmag.com.

Browse our catalogue and buy any of our titles in hard copy or e-copy. 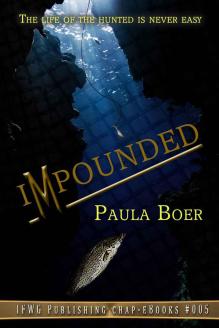 New chap e-book from Paula Boer about the life cycle of a Barramundi fish. 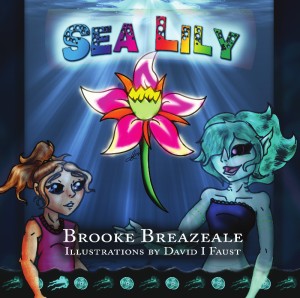 Purchase from our chap-ebook store.

IFWG Publishing is in the process of revamping the covers of previous titles. Here is this month’s run…

As I am writing this I am 5 films into a Star Wars marathon on May 4th – so, May the Fourth by with you!

If you need anything, e-mail me at newsletter@ifwgpublishing.com.

Good luck, fellow writers! See you in a month!

© IFWG Publishing 2009-2014. Edition 53 (May 2014). This product may not be duplicated or altered in any way without the express permission of IFWG Publishing – contact: info@ifwgpublishing.com